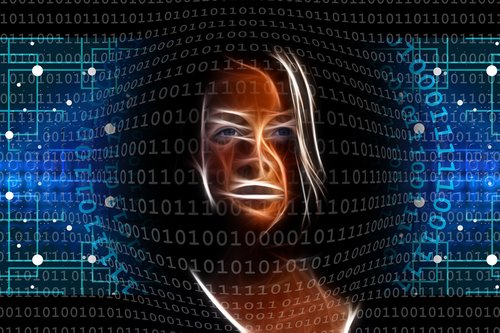 How AI will Impact Business Life

Artificial intelligence (AI), machine learning (ML), deep learning, cognitive computing, among other futuristic topics are commonly discussed today, especially in technology companies. But how does this benefit or hurts my business? Is it all true, or is it just science fiction?

What is artificial intelligence and how does it work?

Artificial intelligence or AI is a science that tries to emulate and surpass human intelligence and apply it to machines. To achieve this, it’s necessary to feed computers with a large amount of information for them to use and learn (Machine Learning), think for themselves (with the use of algorithms), and auto-correct by repetition.

Let’s pretend you have a business that sells puppies. With the use of AI, we can predict future sales and the most popular breeds. The first thing we would have to do is to feed data from our previous sales. The more information and data, the better. With this information, AI could forecast future sales and make adjustments on the go, something quite simple for AI. Now, let’s say we want to predict what breeds will become popular in the future. If we connect our AI to the internet and we analyze search queries and conversations on social media, where dogs are being discussed to see trends, we could predict what breeds will be popular in the upcoming months. We could even predict the possibility of a breed becoming fashionable by analyzing influencers who are talking about the subject, and comparing this with other topics that the influencers discussed in the past unrelated to puppies to find out how much influence they have on the general public.

To summarize, AI can analyze and correlate millions of data points to generate relevant information for decision making and correct itself based on how accurate the prediction was (amongst many other functionalities).

Is there any current technology that uses AI?

Yes, more than you would think. The first ones that come to mind are virtual assistants (Siri, Alexa, Google) that use AI in a very basic way. The recommendations generated by Amazon when you shop online, suggesting to additional items based on other customers purchased (customers who bought “X” also bought “Y”) are part of AI. Netflix uses AI to personalize film recommendations. It learns and adjusts its recommendations based on what you have liked.

AI is currently being used in several industries such as transportation, health, manufacturing, and others where large amounts of information are analyzed to study patterns and automate processes such as testing medications or diagnosing illnesses that would take a scientist years to analyze, with AI it is done in seconds and better.

Self-driving cars (with no driver) use several AI applications to see (Visual Recognition) and analyze information (Deep Learning) to evade obstacles and react in the same way or even better than a driver would.

How can AI help me, and what should I be concern about?

On the previous paragraph we mentioned examples of the benefits found in the health and transportation  industries, however, as with most technological advancements, AI will also cause problems such as unemployment or the readjustment of roles for those who currently do repetitive or analytical jobs (we have gone through this before during the Industrial Revolution) which will be done more effectively by AI.

There’s also the moral and ethical discussion regarding hackers who can abuse AI by doing things such as controlling a self-driving car or creating fake content (videos or pictures with the faces of well-known people). Removing the human part in jobs such as judges or doctors who diagnose patients can also have a social impact. The challenges will be big, more than we can foresee. It makes me think of how ethical is it for a machine to be able to read my non-verbal communication, feelings and reactions to convince me or manipulate me to make a purchase.

The future of Osmos Cloud and AI?

The e-commerce revolutionized and automated catalogue sales, eQuote is revolutionizing the way clients request quotes. With Osmos eQuote, customers can self-generate quotes without the need to have sales reps writing and transcribing information.

In Osmos we picture a world where the sales and negotiation process will be handled with AI. In where customers are assisted by “cognitive computing”, giving them information and advice. With the use of artificial intelligence, the sales and negotiation process will be based on demand and supply, sales cycles, seasonality and social trends. To sum up, a super salesperson who knows the business thoroughly, and has all the necessary information at his fingertips to close a sale, by knowing what’s the price that the customer is willing to pay and the business is willing to sell.